This CCD achieves bit more than 70% of quantum efficiency. When compared to popular planetary ICX618 sensor we can see that the new ICX693 is much more sensitive to blue and ultraviolet light and less sensitive to infrared light. In general the sensitivity is good or even very good.

BFLY-PGE-05S2M-CS is very small, just like nowadays machine vision cameras. On the back there is the Ethernet port and GPIO pins in a Hirose plug. The camera can be powered via Ethernet cable (with PoE) or via two GPIO pins. On the front we have the sensor locked from the dust with a protective optical window and a C-mount thread (so we can use C/CS nosepieces to connect this camera to a telescope).

To power the camera via GPIO pins you would need a typical power supply and a Hirose plug adapter. Those adapters are rare and can be found in shops selling similar cameras (machine vision in general). As you can see on the graph below power (VCC +) is on pin 1 and GND ("-") on pin 6.

Point Grey Blackfly cameras are supported by FireCapture. During tests I didn't noticed any problems with the software. Recording as well as camera configuration work smoothly from within FireCapture. 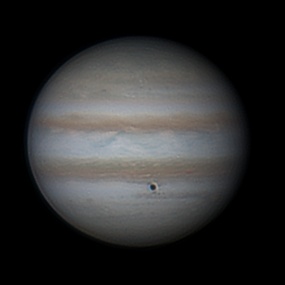 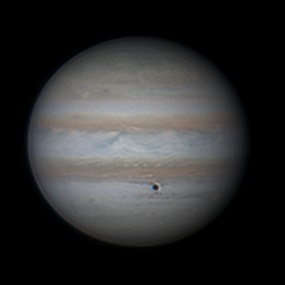 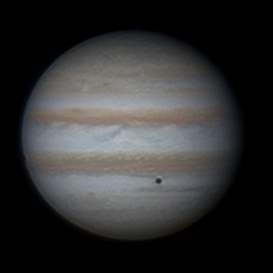 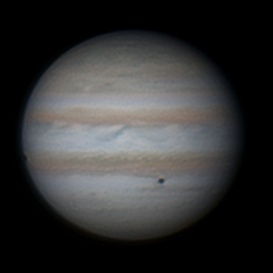 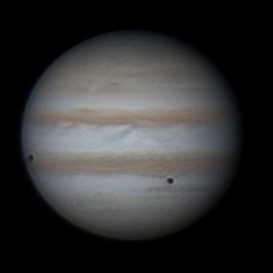 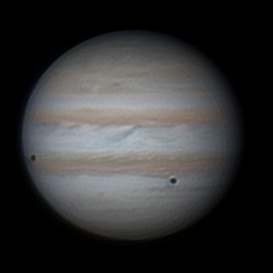 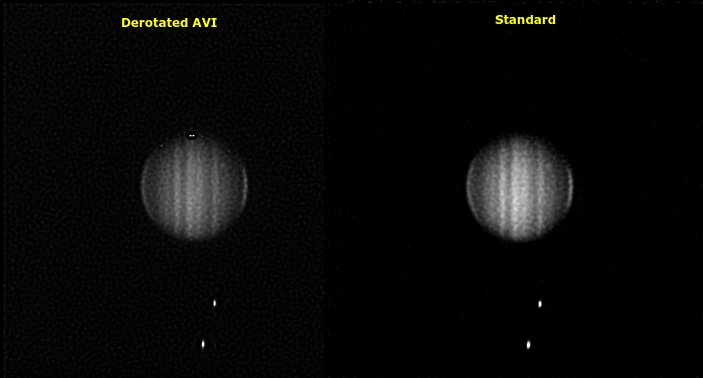 The camera is quite good and works without problems. Key feature is quite low and uniform noise which allows for example methane band imaging (although there was a weak noise pattern). The e2v ruby line sensors offer higher IR sensitivity but their noise is to big to actually do methane band imaging (modern CMOS sensors like to have hot-pixel like noise, while Sony CCD noise is more uniform and not as apparent). The high blue light sensitivity is quite handy as blue channel of Saturn or Jupiter isn't very bright. This sensor should also be very good for Venus UV imaging.

Moon is relatively easy target. Slightly bigger and more squarish frame than in ICX618 makes it easier to catch a Moon crater or Sun spot in the frame. If you have a very big telescope, like 14" or more such slightly bigger frame may be very handy for planets too.

Can this camera compete with ICX618 cameras? I would say they are very similar. If you don't need those extra pixels then ICX618 will work as good as this one. If you want to upgrade from an older camera or you are upgrading to a big planetary telescope then this model is worth looking at. There is also ICX692 based Blackfly camera. The same diagonal, but it offers more (smaller) pixels. Performance should be similar. EV76C560 based Blackfly would be best on Moon or Sun (fast with big diagonal, but not to many pixels).

In Point Grey shop this camera model is priced at $345. Celestron Skyris (ICX618, USB3) is priced at $500. For new cameras Point Grey wins with price (and providing new sensor much early (or exclusively) than TIS). USB cameras will be however easier to use (like with power supply issue).

Comparing to other type of Solar System cameras like ASI 120MM or those with bigger sensors in general we can see that this one is best suited for planetary imaging. ASI 120MM is known of good planetary images, but still it's quite tricky to make more challenging imaging with it on longer exposures due to noise. e2v sensors are also noisy at max gain and longer exposures, but on Moon or Sun they provide very good quality and speed. Anything better and universal would be bigger Sony CCDs - found in PGR Grasshopper 3 cameras. Those however cost much more.

It was fun testing this new camera. It works, and it makes the job done as it should. It's not a top-shelf camera, but even so provides a lot of imaging capabilities for its price.