Helium, argon, neutral oxygen and other bands in narrowband imaging

When imaging nebulae we use H-alpha, [O III] or [S II] narrowband filters. Those bands are well known and often used in imaging. However nebulae can emit light in other bands, not covered by those filters. With matching narrowband filters we can do narrowband images of planetary nebulae in bands of helium, neutral oxygen or argon.

Helix Nebula in Ha,[O III],He-II by Richard Crisp. Check also M57 and M27.
Strong "exotic" bands are: In nebulas you can find many emission lines, where most of them is much weaker than S-II and unusable for imaging. Interesting weaker bands are as follow:

In planetary nebula the He-II emission line tends to be strong (usually 1-3 times stronger) than [S II] band. As you could noticed it is used by few astroimagers, however there are no dedicated filters for this (and others) band. Second band, the He-I seems to dominate over He II in H II region nebulas (non-planetary in general?). Centred at 587 nm it is in the middle of strong light pollution caused by street lights (high pressure sodium lamps), but also on the edge of self absorbed D band of those lamps.

[O I] is not [O III]. It's centred at 630 nm and will show locations of neutral gas - outside ionised gas. In M27 it will show neutral gas condensations inside the nebula (quite unique). With narrowband filters we will also catch [S III] band at 631,2 nm if it exists in given nebula.

Argon has weak bands. [Ar III] band at 713 nm is comparable to [S II] band in terms of intensity. Argon needs a lot of energy to be ionised, so it may be placed in similar areas to helium.

It's quite "popular" element of the planetary nebulae, but hard for astrophotography. [Ne III] is stronger than S-II by few or more times. This band however is located in the UV part of the spectrum at 387 nm where cameras and optics may have limited efficiency. You also have to have a narrow filter that won't pass hydrogen and oxygen emission located close to [Ne III] band (372 [O II] and hydrogen after 395 nm).

H-alpha is 656.3 nm, while [N II] is a doublet at 658.4 nm and 654,8 nm. Imaging with H-alpha filter you will also catch some or full nitrogen emission (10-12nm and broader H-a filters). To separate [N II] from H-a you need 3nm narrowband filters made by Astrodon. Note that not all nebulae have strong [N II] bands. Some even may have stronger [N II] than H-alpha.

There are no astronomical filters for those exotic bands. Richard Crisp ordered his He-II filter in customscientific. You can also browser industry/scientific filter-makers like Asahi Spectra, Edmund Optics, or Eureca.de. They tend to have high prices for narrow filters. Sometimes on ebay and similar sites some used, scraped filters may be found - check Omega Optical bjomejag eBay store. The goal is to find a narrow filter that has passband as close to the emission line as possible.

When you have filters then it's good time to check how strong selected emission bands are in your nebula. On oit.williams.edu you will find spectrograms of many planetary nebulas. Zoom at selected wavelength and check how high the emission band is. 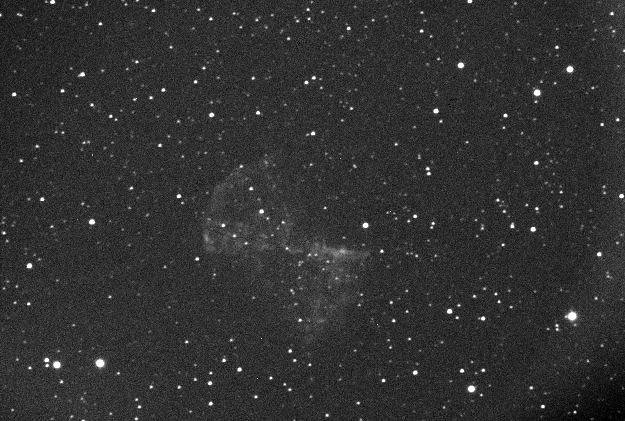 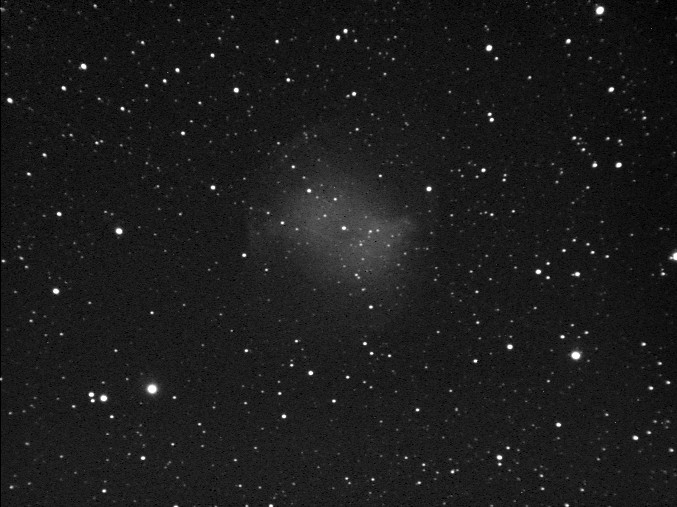 At the moment I use 10 nm narrow filters made by Edmund Optics: But before going with those expensive filters I've used cheap broader filters from bjomejag ebay store. Those filters are

Those are "industry" filters, bit smaller than 1,25" astronomical filters. Easy way to mount them in a 1,25" filter cell is to use plastic cells of cheap SkyWatcher/Celestron moon filters, that have broad collar and smaller industry filters will fit nicely.

You can check my very quick M57 test. Filters do work, but they will require much longer exposures than [O III] or H-alpha + [N II].

Update: I did a white light solar imaging test - results. TiO didn't gave the best results (probably best for wedges?), as surprisingly He-I was the best (then He-II, Baader Solar Continuum. Near infrared like RG1000 or Si, TiO had low contrast of the spot vs background).

Astronomy and Astrophotography, 18 May 2011